Of Vagabonds and Fellow Travelers 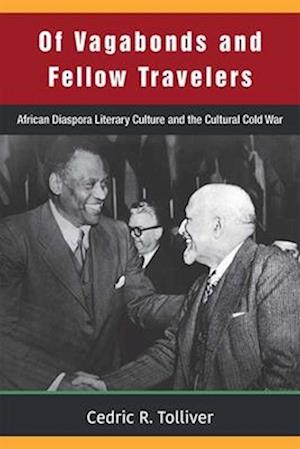 Of Vagabonds and Fellow Travelers recovers the history of the writers, artists, and intellectuals of the African diaspora who, witnessing a transition to an American-dominated capitalist world-system during the Cold War, offered searing critiques of burgeoning U.S. hegemony. Cedric Tolliver traces this history through an analysis of signal events and texts where African diaspora literary culture intersects with the wider cultural Cold War, from the First Congress of Black Writers and Artists organized by Francophone intellectuals in September 1956 to the reverberations among African American writers and activists to the assassination of Patrice Lumumba. Among Tolliver's subjects are Caribbean writers Jacques Stephen Alexis, George Lamming, and Aim C saire, the black press writing of Alice Childress and Langston Hughes, and the ordeal of Paul Robeson, among other topics. The final chapter brings together the international and domestic consequences of the cultural Cold War and closes with a discussion of their lingering effects on our contemporary critical predicament.