- An Examination of the Relative Identity Thesis and Its Consequences 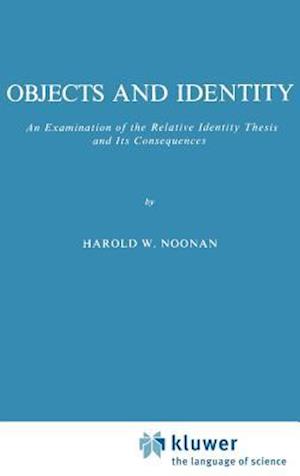 Identity has for long been an important concept in philosophy and logic. Plato in his Sophist puts same among those fonns which "run through" all others. The scholastics inherited the idea (and the tenninology), classifying same as one of the "transcendentals", i.e. as running through all the categories. The work of Locke and l.eibniz made the concept a problematic one. But it is rather recently, i.e. since the importance of Frege has been generally recognized, that there has been a keen interest in the notion, fonnulated by him, of a criterion of identity. This, at first sight harmless as well as useful, has proved to be like a charge of dynamite. The seed had indeed been sown long ago, by Euclid. In Book V of his Elements he first gives a useless defmition of a ratio: "A ratio is a sort of relation between two magnitudes in respect of muchness". But then, in definition 5 he answers, not the question "What is a ratio?" but rather ''What is it for magnitudes to be in the same ratio?" and this is the definition that does the work.