- A thriller that's impossible to put down 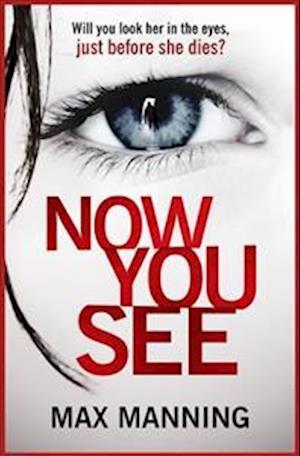 On the streets of London, a depraved killer is using social media to turn murder into entertainment. A twisty page-turner that will suit fans of Angela Marsons, Robert Bryndza, and James Oswald. I, Killer has posted two photos of his first victim online - Before Death and After Death. They've gone viral before DCI Fenton's team even discovers the body.Soon, another victim's photo is similarly posted . . . and so begins the killer's following.DCI Fenton is determined to discover the identity of I, Killer before another innocent life is claimed. Then the case takes a dark turn, and Fenton's search becomes a matter of life or death for him and his young daughter.But as I, Killer's body-count rises, his number of online followers is growing - and he loves to give his fans what they want . . .Introducing DCI Fenton and his team, NOW YOU SEE is the new crime thriller to get addicted to!People are raving about Now You See:'Brilliantly fresh - Manning grabs the reader from the off' James Oswald'A well written and brilliantly structured novel that exposes the thoughts of a serial killer. It grabs you and won't let go until, tense and sweaty, you reach the climax' Amazon reviewer'Max Manning chills to the bone and keeps the pace up brilliantly!' Amazon reviewer'A gripping thriller that had me hooked from start to finish and gets a full five stars from me' Amazon reviewer

Forfattere
Bibliotekernes beskrivelse Will you look her in the eyes, just before she dies? A terrifying crime thriller that will set your pulse-pounding. Perfect for fans of M. J. Arlidge, Robert Bryndza, and Angela Marsons