- Brain Imaging, Learning and Memory, Stress and Fear, and Pain 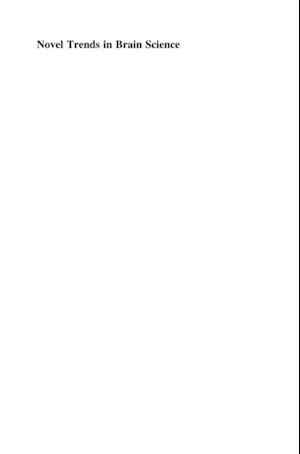 An enormous number of neurons in the brain form neural circuits by creating s- aptic bonds with other neurons. Many of those circuits come together and function as a system. To clarify the function of the human brain, a study needs to be dev- oped as a whole, not merely at the molecular, cellular, or systemic level. With the development of neural science, knowledge of the molecules and neurons that comprise the brain has increased exponentially in the last two decades. The mysteries of human brain function are being solved in sequence with the use of the latest medical technologies such as PET, fMRI, MEG, and TEM, and in this way, research in neural science is making rapid progress. Springer Japan has given me the opportunity to publish this book, Novel Trends in Brain Science, which introduces the most important and latest knowledge in neural science on brain function imaging, learning, memory, emotions, and pain. In particular, the relationship between well-developed oral cavities and highly advanced brain function is an extremely new and unique area of study and is expected to become an entirely new ? eld. As of 2006, two Japanese-Taiwanese joint conferences on neural science have been held, in Gifu Prefecture (Japan) last year and in Taipei this year. In this book I have collected original research introduced by neuroscientists representing both countries at those conferences, and I am con? dent that the work brought together here will promote further research on the human brain.