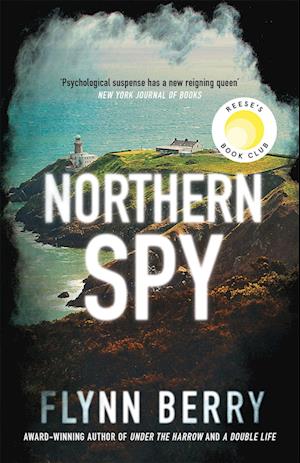 A REESE'S BOOK CLUB PICK'If you love a mystery, then you'll devour Northern Spy . . . I loved this thrill ride of a book' Reese Witherspoon A producer at the Belfast bureau of the BBC, Tessa is at work one day when the news of another raid comes on the air: the IRA may have gone underground after the Good Friday agreement, but they never really went away. As the anchor requests the public's help in locating those responsible for this latest attack - a robbery at a gas station - Tessa's sister Marian appears on the screen, pulling a black mask over her face.The police believe Marian has joined the IRA, but Tessa knows this is impossible. They were raised to oppose Republicanism, and the violence enacted in its name. They've attended peace vigils together. And besides, Marian is vacationing by the sea. Tessa just spoke to her yesterday.But when the truth of what has happened to Marian reveals itself, Tessa will be forced to choose: between her ideals and her family. Walking an increasingly perilous road, she fears nothing more than endangering the one person she loves more fiercely than her sister: her infant son, Finn. Praise for Flynn Berry'Breathtaking . . . Berry writes thrillingly'New York Times'Beautifully paced and satisfyingly ominous'Guardian'Mesmerizingly effective'The Times 'A thrilling page-turner'Paula Hawkins, author of The Girl on the Train'Berry's clever, thrilling writing wound me in and left me heartbroken when I turned the last page and realized it was over'Fiona Barton, author of The Widow'What a book! A skillful and compelling exploration of families, crime, and class'Clare Mackintosh, author of I Let You Go

Forfattere
Bibliotekernes beskrivelse The acclaimed author of Under the Harrow and A Double Life returns with her most thrilling novel to date - now a Reese's Book Club Pick.