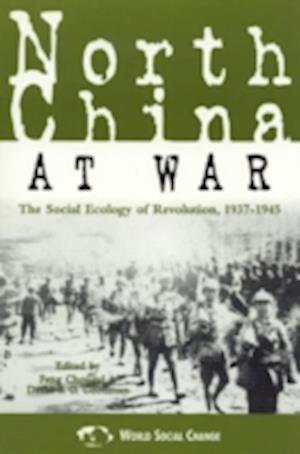 During the War of Resistance to Japan from 1937 to 1945, the Chinese Communist Party (CCP) grew from a marginalized political force on the geographical periphery of Chinese society to a position of national leadership. Explaining this transformation has long been a major point of contestation among scholars. This groundbreaking volume draws on newly available documentary sources to explore key facets of the partyOs move to power. Leading scholars from China and the West compare the varied experiences of the CCP_and its interactions with local society_in all the border regions and base areas of resistance to the Japanese invasion on the North China battlefront. Eschewing grand theory, the authors develop a Osocial ecology of revolutionO that traces the relationship between local conditions and patterns of social and political change. By individualizing the experience of the party by locality, period of the war, and stage in the development of mobilization and rule, the book highlights the importance of the military situation, CCP internal control mechanisms, peasant resistance, as well as the roles played by the Nationalist Party and intellectuals in the development of the border regions and base areas.

Forfattere
Bibliotekernes beskrivelse This volume draws on documentary sources to explore key facets of the Chinese Communist Party's move to power from 1937-1945. Scholars compare experiences of the CCP and its interactions with society on the border and areas of resistance to the Japanese invasion of the North China battlefront.