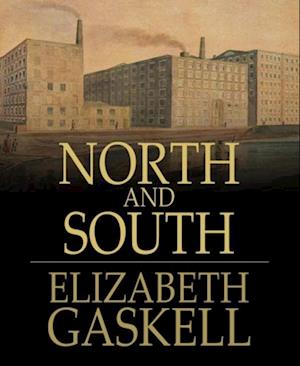 North and South is one of Elizabeth Gaskell's best known novels. North and South is set in the fictional town of Milton in the North of England when industrialisation was changing the city. The novel has frequently been favourably compared to the similarly-focused Shirley by the better-known novelist and friend of Gaskell, Charlotte Bronte. Forced to leave her home in the tranquil rural south, Margaret Hale settles with her parents in the industrial town of Milton where she witnesses the harsh brutal world wrought by the industrial revolution and where employers and workers clash in the first organised strikes. Sympathetic to the poor whose courage and tenacity she admires and among whom she makes friends, she clashes with John Thornton, a cotton mill manufacturer who belongs to the nouveaux riches and whose contemptuous attitude to workers Margaret despises. The confrontation between her and Mr Thornton is reminiscent of Elizabeth Bennet and Mr Darcy in Pride and Prejudice by Jane Austen, but in the broad context of the harsh industrial North.