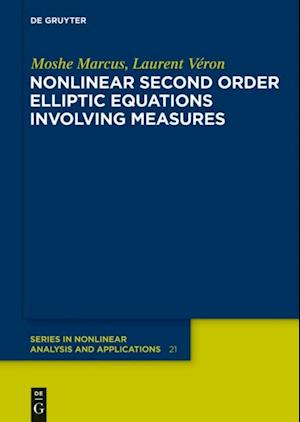 In the last 40 years semi-linear elliptic equations became a central subject of study in the theory of nonlinear partial differential equations. On the one hand, the interest in this area is of a theoretical nature, due to its deep relations to other branches of mathematics, especially linear and nonlinear harmonic analysis, dynamical systems, differential geometry and probability. On the other hand, this study is of interest because of its applications. Equations of this type come up in various areas such as problems of physics and astrophysics, curvature problems in Riemannian geometry, logistic problems related for instance to population models and, most importantly, the study of branching processes and superdiffusions in the theory of probability. The aim of this book is to present a comprehensive study of boundary value problems for linear and semi-linear second order elliptic equations with measure data. We are particularly interested in semi-linear equations with absorption. The interactions between the diffusion operator and the absorption term give rise to a large class of nonlinear phenomena in the study of which singularities and boundary trace play a central role. This book is accessible to graduate students and researchers with a background in real analysis and partial differential equations.