Nonlinear Circuits and Systems with Memristors 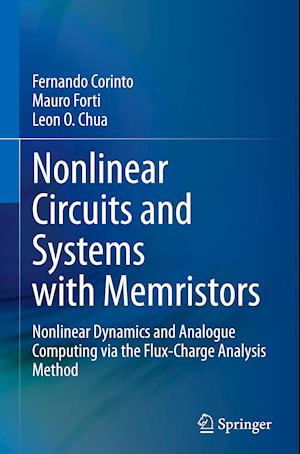 This book presents a new approach to the study of physical nonlinear circuits and advanced computing architectures with memristor devices. Such a unified approach to memristor theory has never been systematically presented in book form.After giving an introduction on memristor-based nonlinear dynamical circuits (e.g., periodic/chaotic oscillators) and their use as basic computing analogue elements, the authors delve into the nonlinear dynamical properties of circuits and systems with memristors and present the flux-charge analysis, a novel method for analyzing the nonlinear dynamics starting from writing Kirchhoff laws and constitutive relations of memristor circuit elements in the flux-charge domain. This analysis method reveals new peculiar and intriguing nonlinear phenomena in memristor circuits, such as the coexistence of different nonlinear dynamical behaviors, extreme multistability and bifurcations without parameters.The book also describes how arrays of memristor-based nonlinear oscillators and locally-coupled neural networks can be applied in the field of analog computing architectures, for example for pattern recognition. The book will be of interest to scientists and engineers involved in the conceptual design of physical memristor devices and systems, mathematical and circuit models of physical processes, circuits and networks design, system engineering, or data processing and system analysis.