indgår i serie Public Intellectuals and the Sociology of Knowledge 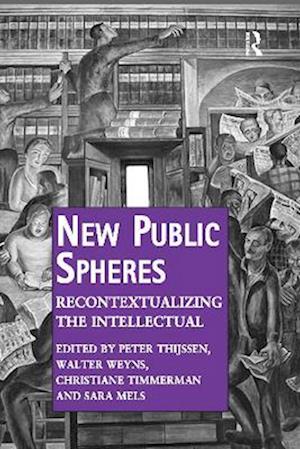 The public sphere provides a domain of social life in which public opinion is expressed by means of rational discourse and debate. Habermas linked its historical development to the coffee houses and journals in England, Parisian salons and German reading clubs. He described it as a bourgeois public sphere, where private people come together and where they turn from a politically disempowered bourgeoisie into an effective political agent - the public intellectual. With communication networks being diversified and expanded over time, the worldwide web has put pressure on traditional public spheres. These new informal and horizontal networks shaped by the internet create new contexts in which an anonymous and dispersed public may gather in political e-communities to reflect critically on societal issues. These de-centered modes of communication and influence-seeking change the role of the (traditional) public intellectual and - at first sight - seem to make their contributions less influential. What processes, therefore, influence changes within public spheres and how can intellectuals assert authority within them? Should we speak of different types of intellectuals, according to the different modes of public intellectual engagement? This ground-breaking volume gives a multi-disciplinary account of the way in which public intellectuals have constructed their role and position in the public sphere in the past, and how they try to voice public concerns and achieve authority again within those fragmented public spheres today.