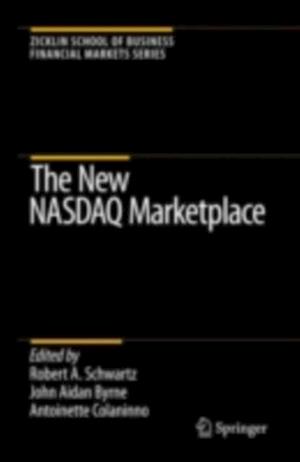 This book is based on the proceedings of The New NASDAQ Marketplace, a conference hosted by the Zicklin School of Business at Baruch College on May 3, 2005. The text contains the edited transcript of the panel discussions and two major presentations, one by Gerald Putnam, President and Co-Chief Operating Officer of the NYSE Group; the other by Robert Greifeld, Chief Executive Officer of the NASDAQ Stock Market. Putnam was CEO of Archipelago at the time of the conference. As with the other books in this popular series, this book is more than an historical record. The manuscript has been heavily edited for clarity and unity of ideas. New material is included from interviews after the conference with many of the speakers. The intention has been to round out the discussions while being careful not to sacrifice the essential nature of the 1 original dialogue. A paper is included by Pagano and Schwartz, and a 2 separate paper by Jeffery Smith on the NASDAQ crosses is also provided. The former paper is the basis of Michael Pagano's remarks on the first panel, 'Reengineering a Marketplace.' All through the editing process, we worked closely with the panelists so that we did not to put words in their mouths. They have all approved the final draft and we thank them here for their assistance. We also gratefully