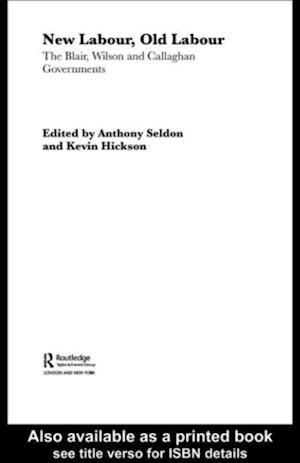 We are constantly told that New Labour forms an historic departure from the traditions of the Labour Party. This book, written by a distinguished selection of academics and commentators, provides the most detailed comparison yet of old and new Labour in power. It is also the first to offer a comprehensive analysis of the last Labour Government before the rise of Thatcher and the re-emergence of the Labour Party under Tony Blair's leadership. It reveals much about the history of the Labour Party as well as providing a much-needed context from which to judge the current government.