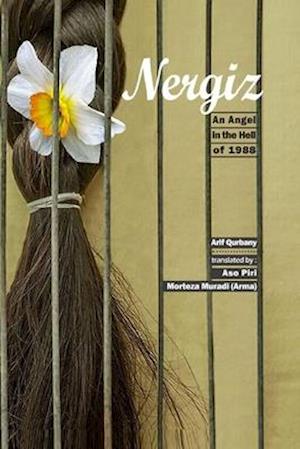 The only time God ever slept,

The only time truth ever slept

was the year of our Anfal.

Anfal -the spoils- is the name of the eighth sura of Quran. It also refers to a series of military campaign carried out by the Iraqi Ba'athist regime against the Kurds, during eight stages from February 23rd to September 6th, 1988. During this campaign more than 4200 villages were leveled and more than 182000 unprotected Kurdish people were murdered by the Iraqi Army and Iraqi Security Forces.

The Ba'athist regime of Iraq, in order to justify and legitimize the Kurdish genocide, chose the name of Anfal from Quran.

Like Nazi Germany, the Iraqi regime concealed its actions in euphemisms. Where Nazi officials spoke of "executive measures", special actions" and "resettlement in the east", Ba'athist bureaucrats spoke of "collective measures", "return to the national ranks" and "resettlement in the south". But beneath the euphemisms, Iraq's crimes against the Kurds amount to genocide, "the intent to destroy", in whole or in part, a national, ethnical, racial or religious group, as such.

According to Middle East Watch's report:

The Kurdish genocide of 1987-1989, with the Anfal campaign as its centerpiece, fits Hilberg's paradigm to perfection. As Raul Hilberg observes in his monumental history of the Holocaust: A destruction process has an inherent pattern. There is only one way in which a scattered group can effectively be destroyed. There steps are organic in this operation:

This is the invariant structure of the basic process, for seizure of the victims, and no victims can be segregated before the perpetrator knows who belongs to the group. (Black 21-22)

One of the effects of war events and crimes like Anfal, which has received less attention, is the permanent suffering of the survivors. Richard Gabriel writes in "No more heroes: madness and psychiatry in war":

Nations customarily measure the "cast of war" in dollars, lost production, or the number of soldiers killed or wounded. Rarely do military establishments attempt to measure the costs of war in terms of individual human suffering- psychiatric breakdown remains one of the most costly items of war when expressed in human terms. (81)

Perhaps one of the differences Anfal bears with other Genocides throughout the history would be the permanent and different pain and suffering of the survivors. It seems that the arrest and imprisonment of thousands of people and then the concealment of what happened to them is a pre-planned plan to keep the survivors waiting forever and torment them a lifetime. This has caused many mental problems and illnesses among the Anfal survivors. In the present book you will read the biography and memories of one of the survivors of Anfal, which is a kind of full-length mirror of the pain and suffering the other survivors have also experienced. They all have been waiting for years for the return of their loved ones. Some of them still hope for the return of their loved ones, even after two decades after the fall of Saddam and the Ba'ath regime.

I kept thinking that Nahro passed away in my arms, his father was arrested and there is no news of him yet, and his grandfather died of hunger in Arab areas. It means three successive generations. How did God accept the destruction of three generations of the Kurds? But oppression never lasts forever, God taught him a lesson, we survived and raised our children, our children got married and a new generation of Kurds was born, but where is Saddam? Where are his sons? What happened to his wife and children?