- Translators and Intercultures in Hispanic History 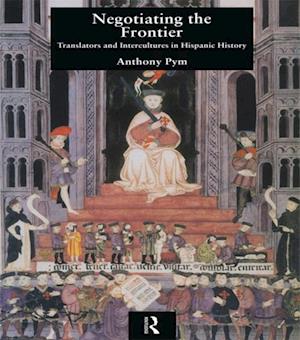 Why would a Latin Qur'an be addressed to readers who knew no Latin? What happens when translators work on paper rather than parchment? Why would a Jewish rabbi translate a bible for Christians? How can a theorist successfully criticize a version of Aristotle without knowing any Greek? Why were children used to bring down an Amerindian civilization? Why does the statue of Columbus in Barcelona point straight to Israel? Why should a Nicaraguan poet cite a French poem in order to explain a volcano in Nicaragua? This book does more than answer such questions. It uses them to discuss some of the most fundamental and complex issues in contemporary Translation Studies and Cultural Studies. Identifying cultural intermediaries as members of medieval frontier society, it traces the stages by which that society has assisted in the creation of Hispanic cultures.Individual case studies go from the twelfth-century Christian, Islamic and Jewish exchanges right through to the not unrelated complexity of today's translation schools in Spain, mining a history rich in anecdote and paradox. Further aspects trace key concepts such as disputation, the medieval hierarchy of languages, the nationalist mistrust of intermediaries, the effects of decolonization on development ideology, and the difficulties of training students for globalizing markets.