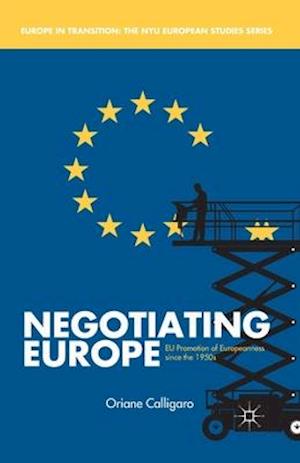 The book explores the promotion of Europeanness, which aims to arouse feelings of belonging to the European Union. It demonstrates that the promotion of Europeanness at the EU level does not constitute an overarching identity policy that imposes a homogenous interpretation of European identity. Rather, it is a process of negotiation in which various entrepreneurs of Europeanness within and outside the EU institutions invent and communicate representations of Europe. Both the negotiation and the multilayered representations of Europe that it produces are investigated through three case studies: the academia and the historians, European heritage, and the iconography of the euro.