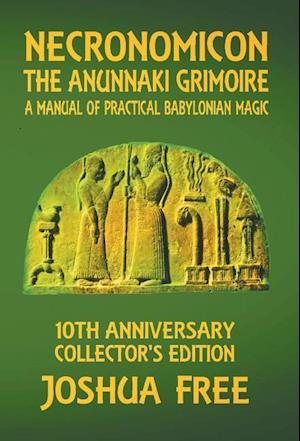 Raw Power. Real Magic. Primordial. Nearly Forgotten... The path of true Babylonian magic is a spiritual dedication to the Sumerian Anunnaki, a path once seemingly inaccessible—beyond our reach and understanding. Rediscover the most ancient magical system on earth, secretly recorded on cuneiform tablets thousands of years ago in Mesopotamia...

Joshua Free, world renown esoteric expert, Director of the modern “Mardukite Research Organization,” and author of the underground bestselling “Mardukite Core”—including “Necronomicon: The Anunnaki Bible” and “Gates of the Necronomicon”—invites the Seeker on an incredible progressive esoteric journey to illuminate the most ancient and powerful magical tradition on earth within the text of this final volume of the “Mardukite Core” 10th Anniversary Collector's Edition “Necronomicon Trilogy,” revealed with perfect clarity.

This amazing edition of "Necronomicon: The Anunnaki Grimoire" includes revised and rewritten materials from “Magan Magic—the Enuma Elish,” “The Complete Book of Marduk by Nabu,” “The Maqlu Ritual Book” and as a special appendix: the original “Enochian Magic & the Kabbalah” discourse.

Originally published in four installments, this special Necronomicon Grimoire anthology collects some of the most practical occult contributions from the modern Mardukite Research Organization as developed underground for the past decade.