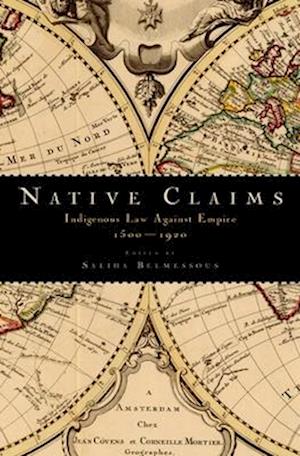 This groundbreaking collection of essays shows that, from the moment European expansion commenced through to the twentieth century, indigenous peoples from America, Africa, Australia and New Zealand drafted legal strategies to contest dispossession. The story of indigenous resistance to European colonization is well known. But legal resistance has been wrongly understood to be a relatively recent phenomenon. These essays demonstrate how indigenous peoplesthroughout the world opposed colonization not only with force, but also with ideas. They made claims to territory using legal arguments drawn from their own understanding of a law that applies between peoples - a kind of law of nations, comparable to that being developed by Europeans. The contributors to thisvolume argue that in the face of indigenous legal arguments, European justifications of colonization should be understood not as an original and originating legal discourse but, at least in part, as a form of counter-claim. Native Claims: Indigenous Law against Empire, 1500-1920 brings together the work of eminent social and legal historians, literary scholars, and philosophers, including Rolena Adorno, Lauren Benton, Duncan Ivison, and Kristin Mann. Their combined expertise makes this volume uniquely expansive in its coverage of a crucial issue in global and colonial history. The various essays treat sixteenth- and seventeenth-century Latin America, seventeenth- and eighteenth-century North America(including the British colonies and French Canada), and nineteenth-century Australasia and Africa. There is no other book that examines the issue of European dispossession of native peoples in such a way.