Nation and Classical Music - From Handel to Copland

- From Handel to Copland

indgår i serie Music in Society and Culture 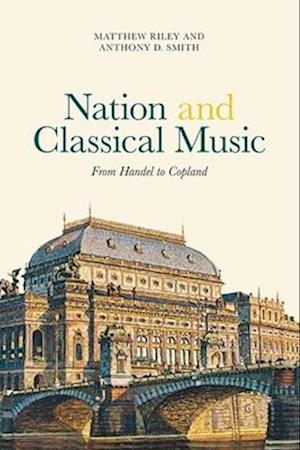 This book develops a comparative analysis of the relationship between western art music, nations and nationalism. It explores the influence of emergent nations and nationalism on the development of classical music in Europe and North America and examines the distinctive themes, sounds and resonances to be found in the repertory of each of the nations. Its scope is broad, extending well beyond the period 1848-1914 when national music flourished most conspicuously. The interplay of music and nation encompasses the oratorios of Handel, the open-air music of the French Revolution and the orchestral works of Beethoven and Mendelssohn and extends into the mid-twentieth century in the music of Prokofiev, Shostakovich and Copland. The book addresses the representation of the national community, the incorporation of ethnic vernacular idioms into art music, the national homeland in music, musical adaptations of national myths and legends, the music of national commemoration and the canonisation of national music. Bringing together insights from nationalism studies, musicology and cultural history, it will be essential reading not only for musicologists but for cultural historians and historians of nationalism as well. MATTHEW RILEY is Reader in Music at the University of Birmingham. The late ANTHONY D. SMITH was Professor Emeritus of Nationalism and Ethnicity at the London School of Economics.

Forfattere
Bibliotekernes beskrivelse How and why do listeners come over time to 'feel the nation' through particular musical works?