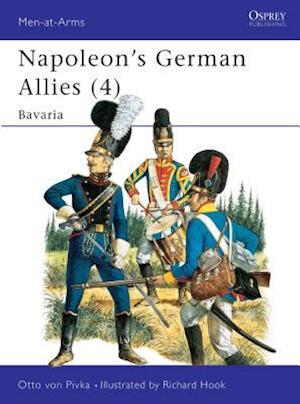 In 1805, Bavaria allied itself with France and Bavarian troops served with Napoleon during the 1809 campaign against Austria, and participated in the Russian campaign of 1812, before eventually abandoning the Emperor's cause in 1813 prior to the battle of Leipzig. They then engaged Napoleon's troops in combat at the battle of Hanua in an unsuccessful attempt to cut off their retreat to France. This book by Otto von Pivka provides an in depth examination of the organisation, equipment, weaponry and uniforms of Napoleon's Bavarian allies. The fascinating text is accompanied by numerous illustrations and eight full page colour plates.