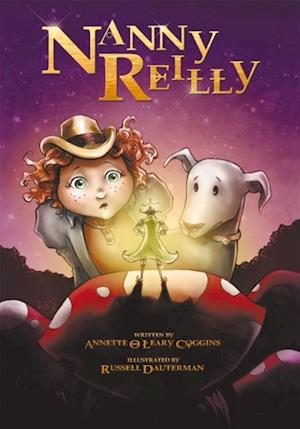 Nanny Reilly and her dog Henry Daly are tricked by a mean leprechaun king into kidnapping his niece Princess Tara. Nanny's kindness and innocence brings out the best in King Brian and they are invited to the leprechaun dance on midsummer's eve. Nanny, Henry Daly and their new friend Ned dress up in their Sunday best and go to the dance. On their way to the dance, Princess Tara and her father King Rory are caught by a mean man named Bull Cullen. Bull is looking for the crock of gold and is ready to surrender Princess Tara and King Rory to the Banshee, a mean old witch who takes all her victims into her Banshee's Cradle in the heart of the forest. Nanny, Ned and Henry Daly rescue them. For their bravery, they are presented with a gold whistle each and two magic ponies. The gold whistles give them the same magic powers as a leprechaun. One day, while out beachcombing on their ponies, they come across footprints in the sand. They follow the prints and find a distraught fisherman named Fran O'Toole whose friend Mike Donovan has been captured by the Banshee. These footprints are the beginning of a magical adventure, which land them deep within the Banshee's Cradle.