- The Heart-rending Story of James Bulger by His Father 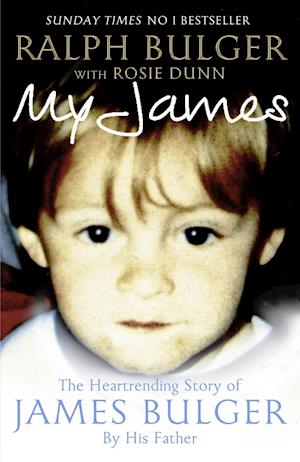 This Sunday Times top ten bestseller is a heartfelt account of his son's murder and his fight for justice by Ralph Bulger.James Bulger was just a few weeks shy of his third birthday when, on 12 February 1993, he wandered away from his mum Denise in a shopping mall in Bootle. Grainy images from a security camera showed him trustingly holding the hand of ten-year-old Jon Venables as they walked away. Venables and his friend Robert Thompson murdered James, in a crime that shocked the world. In this haunting book, James' father Ralph Bulger describes how his world fell apart in the days that followed. In his darkest hours he drank to numb the pain, and the stress tore his marriage apart. He tells how he learned to cope with his grief, but the sorrow of James' death has never left him. In My James he discusses the long legal battle to see justice for his son. Above all, he pays tribute to his son, an adorable, cheeky boy whose bright smile brought joy to his family's lives.

Forfattere
Bibliotekernes beskrivelse A powerful and moving account of his son's murder and his fight for justice by Ralph Bulger.