- Politics, Religion and Society in Indonesia, Turkey and the Islamic World 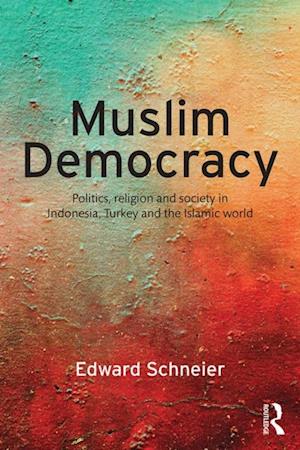 Muslim Democracy explores the relationship between politics and religion in forty-seven Muslim-majority countries, focusing especially on those with democratic experience, such as Indonesia and Turkey, and drawing comparisons with their regional, non-Islamic counterparts.a Unlike most studies of political Islam, this is a politically-focused book, more concerned with governing realties than ideology.a By changing the terms of the debate from theology to politics, and including the full complement of Islamic countries, Schneier shows that the boundaries between church and state in the Islamic world are more variable and diverse than is commonly assumed.a a Through case studies and statistical comparisons between Muslim majority countries and their regional counterparts, Muslim Democracy shows that countries with different religions but similar histories are not markedly different in their levels of democratization.a What many Islamists and western observers call 'Islamic law,' moreover, is more a political than a religious construct, with religion more the tool than the engine of politics.a a 'Women who drive in Saudi Arabia,' as the author says, 'are not warned they will go to hell, but that they will go to jail.'a With the political salience of religion rising in many countries, this book is essential reading for students of comparative politics, religion, and democratization interested in exploring the shifting boundaries between faith and politics.a