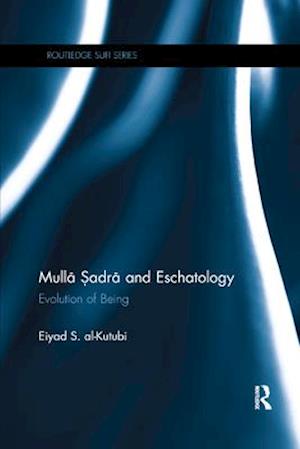 The book explains Sadra's theory of the nature of afterlife. It presents Sadra's philosophical premises concerning the nature of human beings and their physical and psychological developments through which Sadra shows how the afterlife is intimately connected to the nature of the human being and how it is a natural stage of the evolution of each individual in which a corporeal body has no role.Presenting Mulla Sadra in a new light, the aim of this book is to investigate Sadra's metaphysical principles of the Return (al-ma'ad) that have been either partially presented or misunderstood in most of the existing secondary literature. Focusing on Sadra's philosophical works, specifically the Asfar and his commentary on the Quran, this study demonstrates how Sadra is a philosopher able to carry the premises of the previous philosophical theories to radically different conclusions. Mulla Sadra and Eschatology demonstrates the manner in which Sadra explains the Return as presented in the Quran and Hadith, but also shows how he presents the Return as a natural stage of the evolution of human beings in which a corporeal body has no role. Thus, Sadra offers a plausible philosophical explanation to the problem of bodily resurrection that had occupied Muslim philosophers for centuries. Explaining Mulla Sadra 's distinctive method of "doing" philosophy, this book will be of interest to students and scholars of Islamic Philosophy, Religion and Islamic Studies more broadly.