Muhammad the Prophet and Arabia

- Rubin, U: Muhammad the Prophet and Arabia 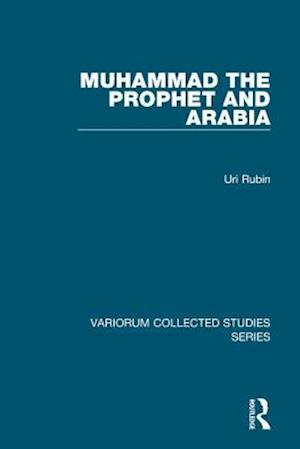 This volume comprises articles dealing with qur'anic and post-qur'anic aspects of the Prophet Muhammad's image and religious environment. The pieces in the first section analyse Muhammad's prophecy as reflected in the Qur'an and the post-qur'anic sources of sira (Muhammad's biography), tafsir (Qur'an exegesis), ta'rikh (historiography) and hadith (Muslim tradition). They reveal aspects of the manner in which the post-qur'anic sources have elaborated on the relatively modest qur'anic image of Muhammad for polemical needs as well as due to natural admiration for the prophet of Islam. Articles in the second section study Muhammad's prophetic experience. By concentrating on specific events in Muhammad's life further light can be shed on the post-qur'anic image of Muhammad as developed by the Muslims of the first Islamic era. The articles that comprise the third section look at Muhammad's Arabia, specifically the traditions about Mecca and the Ka`ba as well as at the pre-Islamic Arabian roots of some qur'anic and post-qur'anic ideas and rituals, including the pre-Islamic sacred status of the Ka'ba in relation to that of Jerusalem.