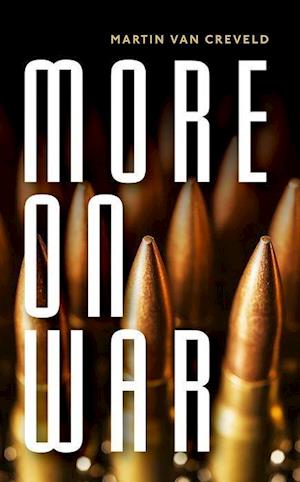 'War is the most important thing in the world', writes Martin van Creveld, one of the world's best-known experts on military history and strategy.The survival of every country, government, and individual is ultimately dependent on war - or the ability to wage it in self-defence. That is why, though it may come but once in a hundred years, it must be prepared for every day. When it is too late-when the bodies lie stiff and people weep over them-those in charge have failed in their duty. Nevertheless, in spite of the centrality of war to human history and culture, there has for long been no modern attempt to provide a replacement for the classics on war and strategy, Sun Tzu's The Art of War, dating from the 5th or 6th century BC, and Carl von Clausewitz's On War, written in the aftermath of the Napoleonic Wars. What is needed is a modern, comprehensive, easy to read and understand theory of war for the 21st century that could serve as a replacement for these classic texts. The purpose of the present book is to provide just such a theory.

Forfatter
Bibliotekernes beskrivelse A modern, comprehensive, easy to read and understand theory of war for the 21st century - from guerrilla war to nuclear war, war underwater to war in (cyber) space