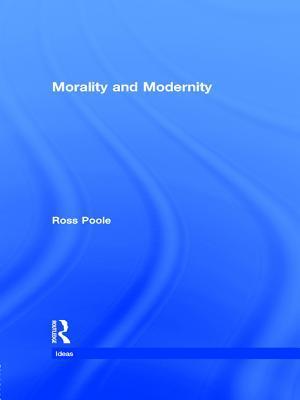 Ross Poole displays the social content of the various conceptions of morality at work in contemporary society, and casts a strikingly fresh light on such fundamental problems as the place of reason in ethics, moral objectivity and the distinction between duty and virtue. The book provides a critical account of the moral theories of a number of major philosophers, including Kant, Marx, Nietzsche, Habermas, Rawls, Gewirth and MacIntyre. It also presents a systematic critique of three of the most significant responses to modernity: liberalism, nationalism and nihilism. It takes seriously the suggestion that men and women are subject to different conceptions of morality, and places the issue of gender at the centre of moral philosophy. Poole has written a valuable addition to the Ideas series.