- Essays in Response to Patrick Collinson 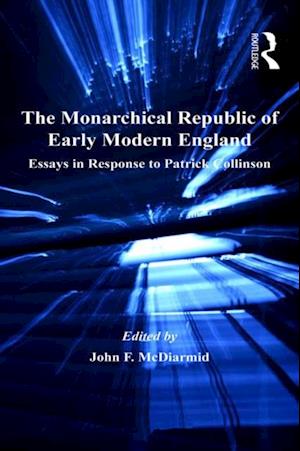 With its challenging, paradoxical thesis that Elizabethan England was a 'republic which happened also to be a monarchy', Patrick Collinson's 1987 essay 'The Monarchical Republic of Queen Elizabeth I' instigated a proliferation of research and lively debate about quasi-republican aspects of Tudor and Stuart England. In this volume, a distinguished international group of scholars examines the idea of the 'monarchical republic' from the 1530s to the 1640s, and tests the concept from a variety of points of view. New suggestions are advanced about the pattern of development of quasi-republican tendencies and of opposition to them, and about their relation to the politics of earlier and later periods. A number of essays focus on the political activity of leading figures at court; several analyse political life in towns or rural areas; others discuss education, rhetoric, linguistic thought and reading practices, poetic and dramatic texts, the relations of politics to religious conflict, gendered conceptions of the monarchy, and 'monarchical republicanism' in the new American colonies. Differing positions in the scholarly debate about early modern English republicanism are represented, and fresh archival research advances the study of quasi-republican elements in early modern English politics.