- Inventory Catalogue of the Hinders/Reimers Collection 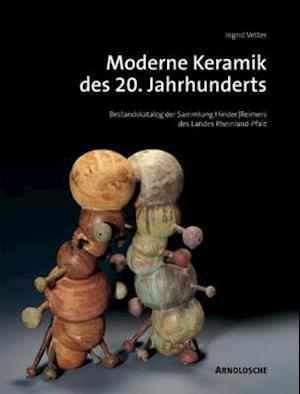 The Hinder/Reimers Collection - which has been owned by the state of Rhineland-Palatinate since 1993 - is one of the most important collections of modern ceramics in Germany. It was built up from the early 1950s through the combined efforts of Jakob Wilhelm Hinder (1901-1976) and Lotte Reimers (1932). The focus of this large collection is on West German ceramics from the 1950s to about 1990. Since the mid-1970s it has been enlarged by Lotte Reimers to include outstanding works from outside Germany. These 1,587 objects provide insights into the crucial trends and stylistic movements in art ceramics after the Second World War as represented by the most distinguished ceramicists of the day.Featuring explanatory texts and colour illustrations, the present publication presents the entire collection and, therefore, goes beyond the scope of Ceramics in Germany 1955-1990. "The Hinder/Reimers Collection", published in 1997, dealt with only a selection of works from the collection.The new publication, on the other hand, draws on the "Hinder/Reimers Collection" to survey the broad field of developments in studio ceramics in the latter half of the 20th century in western Germany while looking well beyond the borders of Germany.