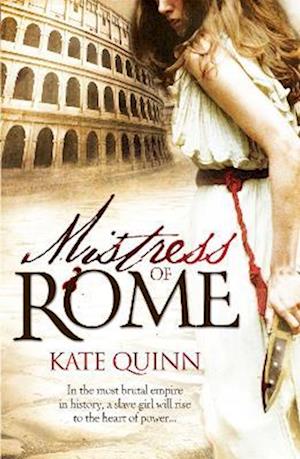 Passion. Treachery. Murder... A heart-stopping epic about a Jewish slave girl and Rome's greatest gladiator, who become involved in a plot to assassinate an emperorOrphaned by Rome's savage legions, Thea, a slave girl from Judaea, has learned what it takes to survive. She knows only violence until a chance meeting with gladiator Arius offers a shred of tenderness. But their bond is severed when Thea is sold again, condemned to rot in squalor. Years later, a singer known as Athena betrays no hint of her troubled past. Catching the eye of the Emperor himself, she is swept into a world of decadence and depravity. But although Domitian fears betrayal from every side, he is unaware that the greatest threat lies next to him - a slave girl who has come to be called the Mistress of Rome...

Forfattere
Bibliotekernes beskrivelse 'SPARTACUS for girls' - this powerful Roman epic aimed squarely at the female market is perfect for all those who loved the HBO mini-series ROME, which attracted 6.6 million viewers on its BBC premiere