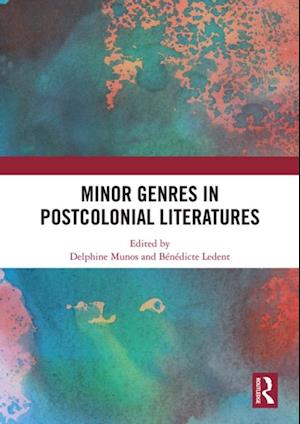 Moving beyond the postcolonial literature field's traditional focus on the novel, this book shines a light on the 'minor' genres in which postcolonial issues are also explored.The contributors examine the intersection of generic issues with postcolonial realities in regions such as South Africa, Nigeria, New Zealand, Indonesia, Australia, the United Kingdon, and the Caribbean. These 'minor' genres include crime fiction, letter writing, radio plays, poetry, the novel in verse and short stories, as well as blogs and essays. The volume closes with Robert Antoni's discussion of his use of the vernacular and digital resources in As Flies to Whatless Boys (2013), and suggests that 'major' genres might yield new webs of meaning when digital media are mobilized with a view to creating new forms of hybridity and multiplicity that push genre boundaries.In focusing on underrepresented and understudied genres, this book pays justice to the multiplicity of the field of postcolonial studies and gives voice to certain literary traditions within which the novel occupies a less central position. This book was originally published as a special issue of the Journal of Postcolonial Writing.