Militarization and the American Century 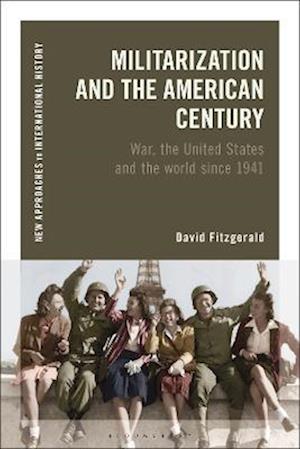 Taking American mobilization in WWII as its departure point, this book offers a concise but comprehensive introduction to the history of militarization in the United States since 1940. Exploring the ways in which war and the preparation for war have shaped and affected the United States during 'The American Century', Fitzgerald demonstrates how militarization has moulded relations between the US and the rest of the world. Providing a timely synthesis of key scholarship in a rapidly developing field, this book shows how national security concerns have affected issues as diverse as the development of the welfare state, infrastructure spending, gender relations and notions of citizenship. It also examines the way in which war is treated in the American imagination; how it has been depicted throughout this era, why its consequences have been made largely invisible and how Americans have often considered themselves to be reluctant warriors. In integrating domestic histories with international and transnational topics such as the American 'empire of bases' and the experience of American service personnel overseas, the author outlines the ways in which American militarization had, and still has, global consequences. Of interest to scholars, researchers and students of military history, war studies, US foreign relations and policy, this book addresses a burgeoning and dynamic field from which parallels and comparisons can be drawn for the modern day.