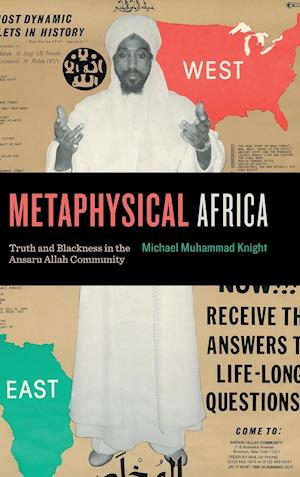 The Ansaru Allah Community, also known as the Nubian Islamic Hebrews (AAC/NIH) and later the Nuwaubians, is a deeply significant and controversial African American Muslim movement. Founded in Brooklyn in the 1960s, it spread through the prolific production and dissemination of literature and lecture tapes and became famous for continuously reinventing its belief system. In this book, Michael Muhammad Knight studies the development of AAC/NIH discourse over a period of thirty years, tracing a surprising consistency behind a facade of serial reinvention.It is popularly believed that the AAC/NIH community abandoned Islam for Black Israelite religion, UFO religion, and Egyptosophy. However, Knight sees coherence in AAC/NIH media, explaining how, in reality, the community taught that the Prophet Muhammad was a Hebrew who adhered to Israelite law; Muhammad's heavenly ascension took place on a spaceship; and Abraham enlisted the help of a pharaonic regime to genetically engineer pigs as food for white people. Against narratives that treat the AAC/NIH community as a postmodernist deconstruction of religious categories, Knight demonstrates that AAC/NIH discourse is most productively framed within a broader African American metaphysical history in which boundaries between traditions remain quite permeable.Unexpected and engrossing, Metaphysical Africa brings to light points of intersection between communities and traditions often regarded as separate and distinct. In doing so, it helps move the field of religious studies beyond conventional categories of "orthodoxy" and "heterodoxy," challenging assumptions that inform not only the study of this particular religious community but also the field at large.