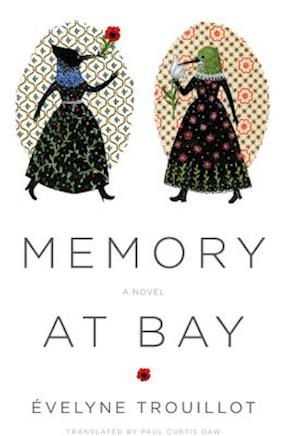 Winner of the prestigious Prix Carbet--an award won by such distinguished authors as Maryse Cond , Jamaica Kincaid, and Rapha l Confiant-- Memory at Bay is now available in an English translation that brings to life this powerful novel by one of Haiti's most vital authors, velyne Trouillot.

Trouillot introduces us to a bedridden widow of a notorious dictator (in effect, a portrait of Papa Doc Duvalier) and the young migr who attends to her needs but who harbors a secret--the bitter loss she feels for her mother, a victim of the dictator's atrocities. The story that unfolds is a deftly plotted psychological drama in which the two women in turn relive their radically contrasting accounts of the dictator's regime. Partly a retelling of Haiti's nightmarish history under Duvalier, and partly an exploration of the power of memory, Trouillot's novel takes a suspenseful turn when the aide contemplates murdering the old widow.

Memory at Bay was praised by the Prix Carbet committee for the way it treats the enigmas of destiny and for a pairing of characters whose voices bring the narrative to the edge of the ineffable.