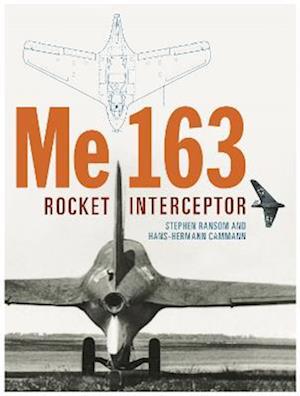 This meticulously researched history of the Luftwaffe's innovative, yet daunting rocket-powered interceptor is a revised and updated combined edition of the two volumes on the Me 163 which have long been out-of-print. It draws on rare archival and private sources along with the recollections of many former pilots who flew this radical aircraft to provide the most thorough record available of the design, development and operational history of a remarkable aircraft.The origins and development of early rocket-powered and tailless aircraft are traced from the late 19th century to the interwar years, as well as the test program at Peenem?nde and ensuing missions flown by Erprobungskommando 16. Following a study of Me 163 production, the authors then present a detailed diary of point-defence combat operations conducted against the Allied air forces over northwest Europe in 1944-45 using the Me 163 by Jagdgeschwader 400.There is an account of late-war training by the Erg?nzungsstaffel/JG 400 and IV./EJG 2, and for the first time, the story of the little-known Italian involvement with the German rocket fighter. Along with hundreds of rare photographs, the book is enriched by specially commissioned color artwork and many detailed technical drawings, ensuring that this work stands as the principal reference source on fabled Me 163.