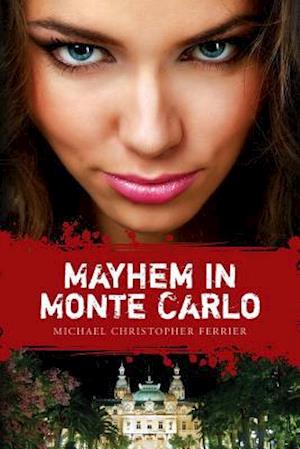 What do a Mexican beauty, a Scottish chauffeur, a British aristocrat, a Russian agent (and his Russian servant), a Monaco art dealer, a Russian oil baron, an Italian used car salesman and a French fisherman have in common ? They are all involved in an intertwined plot to rig art auctions, smuggle cocaine, and a convoluted attempt to open a new ethnic restaurant - all of which go spectacularly wrong and create "Mayhem in Monte Carlo." The plot roams from the moors of the Highlands as the lonely chauffeur tries to help his 'lady' to sell her Rolls Royce in Monaco, to the auction houses of Europe where the 'Lady' joins an art ring determined to bump the price of worthless Italian 'kitsch'. Meanwhile, Paz - the Mexican model from book one in the Trilogy, ("The little brown diamond") is lured to Monaco by her former Russian lover to open that Mexican eatery. It is a love that goes very sour as the cocaine snorting Russian slowly loses grip on reality - cocaine, by the way, that his boss is smuggling into Britain in the spare wheel of that Rolls Royce. The smuggling plot unravels and the Russian Oil Baron has to add murder to his many nefarious occupations. And the body is dumped at sea by the accommodating French fisherman. This unceremonious dumping is where the plot starts and where the novel ends. In between enjoy watching the characters get on each others nerves, cheat on each other and try and involve the palace. The author, a veteran international advertising man, knows how to keep the action going, make the reading easy and the characters amusing when they aren't being grisly and sinister. "It's a good read, fast paced and funny," says a Dutch reviewer. "Even though the twists and turns can drive you dizzy from time to time " We doubt you will get dizzy. But you will enjoy the ride