Matilda of Scotland - A Study in Medieval Queenship

- A Study in Medieval Queenship 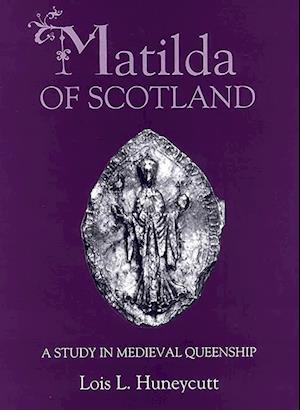 Matilda of Scotland was the daughter of Malcolm II of Scotland and his Anglo-Saxon queen Margaret. Her marriage to Henry I of England in 1100 thus brought to Henry, descendant of the conquering Normans, a direct and politically desirable link to Matilda's ancestor Alfred the Great. Her life makes clear that Matilda had outstanding talents. She was educated in the exclusive convents of Romsey and Wilton, a grounding which enabled her to further the literate court culture of the twelfth century, and under her control was a substantial demesne that allowed her to exercise both lay and ecclesiastical patronage. In the matter of ruling, she was an active partner in administering Henry's cross-channel realm, served as a member of his curia regis, and on occasion acted with what amounted to vice-regal authority in England while Henry was in Normandy. Chroniclers of the twelfth and thirteenth centuries often refer to her as Mathilda bona regina, or Matildis beatae memoriae, and for a time she was popularly regarded as a saint. Huneycutt's study shows how Matilda achieved such acclaim, both because the political structures of her day allowed her the opportunity to do so and because she herself was skilled at manipulating those structures. This study will be valuable to those interested in not only English political history, but also to historians of women, the medieval church, and medieval culture. LOIS HUNEYCUTT is professor of history at the University of Missouri-Columbia.

Forfattere
Bibliotekernes beskrivelse A study of Matilda of Scotland (wife to Henry I) and the political acumen and personal skills she brought to the role of queen.