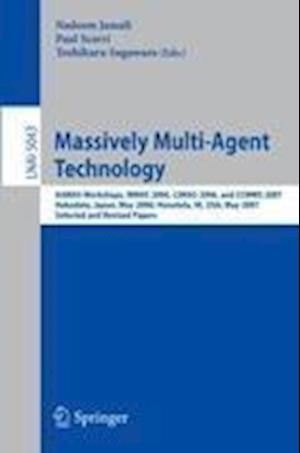 With the proliferation of consumer devices, computation is becoming truly ubiq- tous. Multi-agent systems hold the promise to enable utilization of these compu- tional resources for ground-breaking new applications. However, as the number of agents involved in multi-agent computations rises, traditional approaches of bui- ing multi-agent systems fail to scale. Massively multi-agent systems address this challenge of scale. Massive, in this context, is meant to capture the complexity of such systems, which precludes decision making to focus on individual agents. Agents making decisions have to reduce the complexity of the space in which they must decide. The focus, therefore, is on the approaches to manage the compl- ity, implications of this abstraction, as well as on identifying ways of applying the paradigm to problems. Papers appearing in this volume have been selected from three inter- tional workshops held in conjunction with the International Conferences on - tonomous Agents and Multiagent Systems (AAMAS) held in 2006 and 2007: First International Workshop on Coordination and Control in Massively Mul- agent Systems (CCMMS 2007); and the jointly held Second International Workshop on Massively Multi-agent Systems (MMAS 2006) and the Third Int- national Workshop on Challenges in the Coordination of Large-Scale Multi-agent Systems (LSMAS 2006).