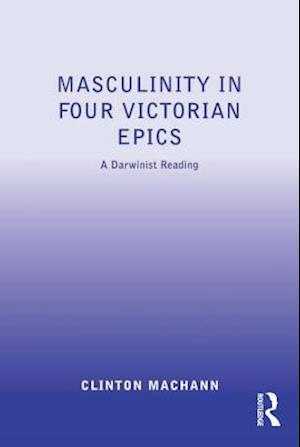 Offering provocative readings of Tennyson's Idylls of the King, Barrett Browning's Aurora Leigh, Clough's Amours de Voyage, and Browning's The Ring and the Book, Clinton Machann brings to bear the ideas and methods of literary Darwinism to shed light on the central issue of masculinity in the Victorian epic. This critical approach enables Machann to take advantage of important research in evolutionary psychology, cognitive science, anthropology, among other scientific fields, and to bring the concept of human nature into his discussions of the poems. The importance of the Victorian long poem as a literary genre is reviewed in the introduction, followed by transformative close readings of the poems that engage with questions of gender, particularly representations of masculinity and the prevalence of male violence. Machann contextualizes his reading within the poets' views on social, philosophical, and religious issues, arguing that the impulses, drives, and tendencies of human nature, as well as the historical and cultural context, influenced the writing and thus must inform the interpretation of the Victorian epic.