Mary Wept Over the Feet of Jesus 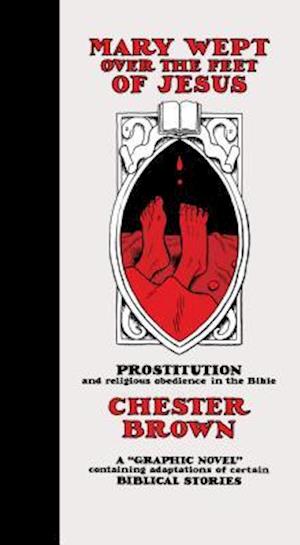 The iconoclastic and bestselling cartoonist of Paying for It: A Comic-Strip Memoir About Being a John returns with a polemical interpretation of the Bible that will be one of the most controversial and talked-about graphic novels of 2016. Mary Wepte over the feet of Jesus is the retelling in comics from of nine biblical stories that present Chester Brown's fascinating and starling thesis about biblical representations of prostitution. Brown weaves a connecting line between Bathsheba, Ruth, Rahab, Tamar, Mary of Bethany, and he Birgin Mother and the reassesses the Christian moral code by examining the cultural implications of the Bible's representations of sex work. Mary Wept over the Feet of Jesus is a fitting follow-up to Brown's sui generis graphic memoir Paying for It, which was reviewed twice in the New York Times and hailed by sex workers for Brown's advocacy for the decriminalization and normalization of prostitution. Brown approaches the Bible as he did the life of Louis Riel, making these stories compellingly readable and utterly pertinent to a modern audience.In classic Chester Brown fashion, he provides extensive handwritten endnotes that delve into the biblical lore that informs Mary Wept over the feet of Jesus. 'There aren't many cartoonists as brave - or frankly, as strange - as this Canadian artist.' - Rolling Stone.