Mary Seacole: Bound for the Battlefield 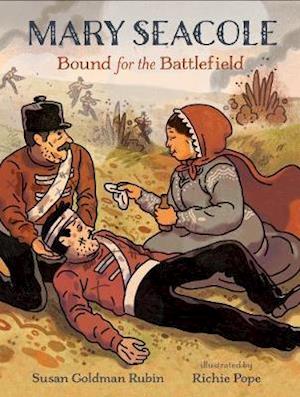 The true story of Mary Seacole, the "Celebrated Heroine of the Crimean War".Over two hundred years ago in Kingston, Jamaica, a little girl called Mary watched as her mother selected a bottle of medicine for a sick British soldier. This marked the beginning of Mary Seacole's passion for nursing, which would go on to shape the rest of her life. As a young woman, she would have to overcome personal tragedy - the sudden loss of her mother and husband - and prejudice from her peers to reach the battlefields of the Crimean War, nursing soldiers back to health and even carrying them from the midst of the fighting. With words by Susan Goldman Rubin and lively illustrations by Richie Pope, this is the true story of the "Celebrated Heroine of the Crimean War".