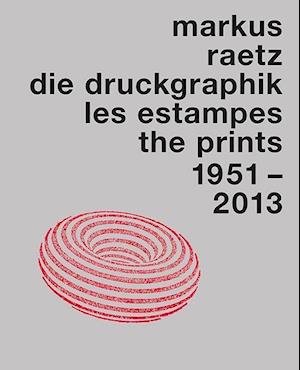 Markus Raetz is one of the most renowned contemporary artists in Switzerland. Initially educated and working as a primary school teacher, he became an artist in his early twenties. Since the 1970s, his work, including solo exhibitions, has been been on the international stage. Raetz works with a variety of materials and media. The phenomenon of perception is his main focus, rather than how something is represented. Prints form a major part of his work. Markus Raetz.The Prints 1951-2013 covers his complete body of work in this genre.; the Catalogue Raisonne is complemented by a separate volume, with essays on his work and artistic development. Exhibitions: Museum of Fine Arts Bern, early 2014 (date TBC). Markus Raetz is represented with works also in the permanent collections of museums such as: Stedelijk Museum, Amsterdam; Kunstmuseum Basel, Basel; Museum fur Moderne Kunst, Frankfurt (Main); San Diego Museum of Contemporary Art, La Jolla CA; Tate Gallery, London; MoMA, New York; Musee national d art moderne, Centre Georges Pompidou, Paris; Schaulager, Munchenstein near Basel; Moderna Museet, Stockholm.