indgår i serie The Library of Essays on Family Rights 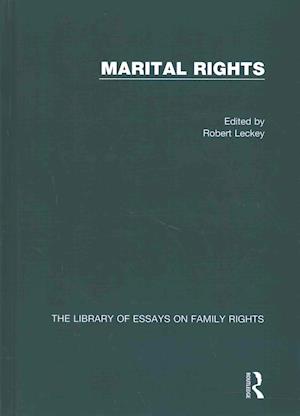 This volume gathers influential and cutting-edge scholarship on the international and domestic rights attaching to married couples and other adult relationships. Addressing examples from the European Court of Human Rights, UK, USA, Canada, Australia and South Africa, it traces contentious debates about the content of marital rights and responsibilities and whether law should reach beyond marriage, and if so how. Twenty-four essays and a substantial introduction highlight the complexity and contradictions as marital law grapples with gender equality, the aftermath of recognizing gay and lesbian rights, abiding economic inequalities, and 'exotic' issues such as forced marriage and polygamy.