Mapping the Legal Boundaries of Belonging

- Religion and Multiculturalism from Israel to Canada 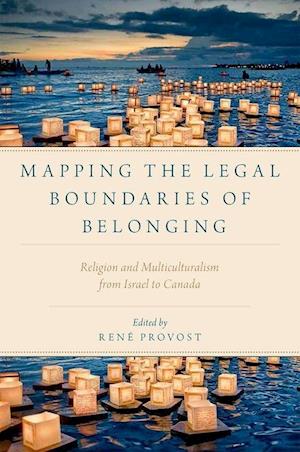 This collection of essays explores the complex relationship between religion and multiculturalism and the role of the state and law in the creation of boundaries. Western secular democracies are composed of increasingly religiously diverse populations. The idea of "multiculturalism" was formed as a constructive response to this phenomenon, but, in many areas of the globe, support for multiculturalism is challenged by attempts to preserve the cultural and legal normsof the majority. The State of Israel offers a particularly pertinent case study, and is a central focus of this collection. The contributors to this volume address the concepts of religious difference and diversity, as well as the various ways in which states and legal systems understand and respond to them. Mapping the Legal Boundaries of Belonging shows that, as a consequence of a purportedly secular human rights perspective, state laws may appear to define religious identity in a way thatcontradicts the definition found within a particular religion. Both state and religion make the same mistake, however, if they take a court decision that emphasizes individual belief and practice as a direct modification of a religious norm: the court lacks the power to change the internal authoritative definition ofwho belongs to a particular faith. Similarly, in the pursuit of a particular model of social diversity, the state may adopt policies that imply a particular private/public distinction foreign to some religious traditions.This volume, which includes contributions from leading scholars in the field, will be an invaluable resource to anyone seeking to understand the legal meaning and impact of religious diversity.

Forfattere
Bibliotekernes beskrivelse This collection of essays explores the complex relationship between religion and multiculturalism and the role of the state and law in the creation of boundaries.