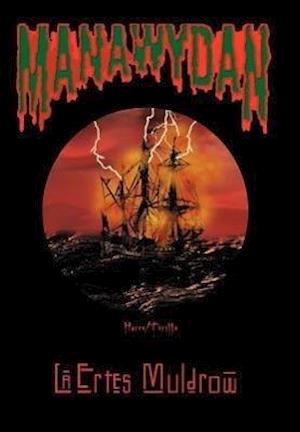 An ancient prophecy made by Nubian Queen Hatshepsut, takes generations to fulfill and in the process we follow events through time, space, and disappearances, finally converging in the 21st century where the prophecy continues fulfilling itself.

Oba, an African male-child from the Buganda tribe, was destined to join with Iloree, a female-child from the Yoruba tribe. Their joining was prophesized generations before by the once powerful Nubian Pharaoh of Egypt. But something unholy befalls them before their sacred joining can take place, prompting vengeful curses to be placed on all involved.

Joshua Lobett, a young man distraught over the death of his beloved mother, vows to change the laws of life and death. During the course of his medical studies and experiments, his life spirals into a world of derangement and he creates a hideous inhuman life form.

MANAWYDAN was a specially designed clipper ship for crossing the Middle Passage with its belly full of Black Gold. While on her maiden voyage, MANAWYDAN experienced mutiny, revolt, and a horrific supernatural storm. Then it suddenly vanished dead center of The Devil's Triangle, only to reappear generations later in the 21st Century.

Greedily turned into a tourist attraction, the netherworld vessel MANAWYDAN had its own demonic agenda, ruthlessly awaiting the innocent, unsuspecting partiers who board in celebration of her Grand Opening during the Queen's Ball on Halloween night in San Francisco.