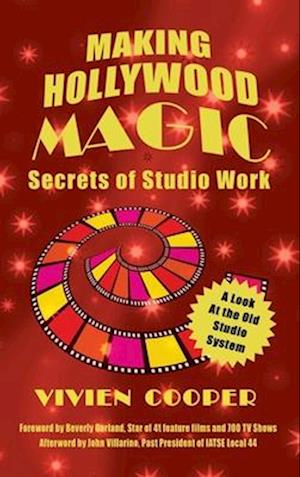 Day after day and sometimes long into the night, "below-the-line" crews from different departments make a living making the Hollywood magic that we see every day in our favorite T.V. shows and movies. Long before the actors and the director ever take their places on the studio set, these studio workers are engaged in a collaboration that involves precision, creativity, and breathtaking choreography. It's nothing short of magic.

In Making Hollywood Magic: Secrets of Studio Work, we take a look at the old Hollywood studio system. Highly skilled technicians, artists, and craftspeople in the fields of Mechanical Special Effects (today, special effects are done digitally), Prop Masters, Set Construction and Set Dressing, and Motion Picture Transportation share secrets, revelations, and insights, like: "It's harder to float a pack of cigarettes across a room than it is to blow up a car." (Visual Effects Society Award Winner, Tom Bellissimo [with Charlie Belardinelli] for Carnivale.)

This book is for every fan of film and T.V. who's ever wished you could slip past the studio guard gate, sneak on set, and eavesdrop on the crew as they talk about work. Listen in as they discuss the demands, rewards, challenges, tricks of the trade, and memorable encounters.

"An unusual look at the Tinseltown Dream Factory as recounted by a variety of individuals who've staked their claim behind the scenes. The result: a smorgasbord of insider tales and perspectives, and a book that pulls you in up to the very last page."

"Cooper's writing makes some of the unsung heroes of the industry jump to life in a way that gives us new and deeper appreciation for their contributions to T.V. and filmmaking."