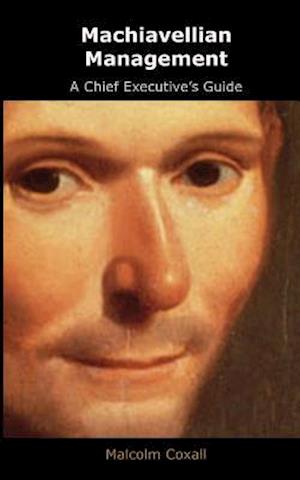 Machiavellian Management - A chief executive's guideBased on Machiavelli's "The Prince", this modernisation describes what modern capitalists need to know to be able to get and hold onto corporate power.Machiavelli's original notorious and amoral guide was written for one of the Medici princes. It was probably one of the world's first management books. Following in Machiavelli's steps, this new "chief executive's guide" leads us through all the important skills recommended in acquiring, defending and extending control over your organisation. It deals with many of the subjects which confront the modern manager and executive every day: managing hatred, contempt, and opposition, eliminating your enemies, successful deceit, cruelty, compassion, corporate independence, opportunism, self-reliance, useful management expedients, managing managers and employees, taking and ignoring advice, using consultants, the brokerage of influence and the careful use of brutality.Machiavelli's credentials are impeccable: as an advisor to the Borgia and Medici families, his advice, as distilled in "The Prince", was published with the express permission of the Medici pope Clement VII. In his time, Machiavelli moved in the most powerful circles in Europe, but he was also a man of great observation and acuteness. He missed very little of what happened in the courts of his powerful employers. This ability to observe became Machiavelli's supreme literary gift to us all.Although the light of almost four centuries has been focused on "The Prince", its problems are still debatable and interesting today, because they are the eternal problems between the ruled and their rulers. Such as they are, the ethics of "The Prince" are those of Machiavelli's contemporaries. And yet these ethical standards cannot be said to be out of date. As long as the governments and corporations in the Western world rely on material greed, rather than on moral forces to make their decisions, then Machiavelli is alive and well This modernisation of "The Prince" seeks again to shed some light into the darker corners of the reasoning used by the powerful "corporate princes" of our own generation, in the same way that Machiavelli attempted to enlighten the dark world of power that maintained the ruthless Borgia and Medici families.