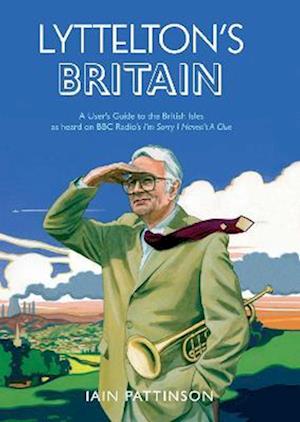 The I'm Sorry I Haven't A Clue team of Barry Cryer, Graeme Garden and Tim Brooke-Taylor, in the company of their esteemed chairman Humphrey Lyttelton, have been recording their BBC radio show around the UK for longer than any of them can remember ... that's about a week - or twenty minutes in the case of Barry Cryer. At each venue Humph would present a short history of the location, written by Iain Pattinson, to the mutual delight of the audience, the team and their delightful scorer Samantha (who somehow always found time for a rewarding poke around the area's backstreets).We are privileged to present, in gazetteer form, the very best of Humph's local histories form Radio 4's multi award-winning 'antidote to panel games'. As accurate as Wikipedia and as comprehensive as Reader's Digest, this unique guide tells you everything you never knew you wouldn't ever need to know about the background and inhabitants of Britain's most prominent towns and cities. The intelligent reader will waste no time in adding it to their collection.BristolIt was from Bristol in 1497 that John Cabot set off to find a new route to the Spice Islands by sailing north-west. He instead discovered a strange, hostile world which he named 'Newfoundland', until the natives explained that they actually called it 'Swansea'.NottinghamIt's well documented in official records that the city's original name was 'Snottingham' or 'home of Snotts', but when the Normans came, they couldn't pronounce the initial letter 'S', so decreed the town be called 'Nottingham'or the 'home of Notts'. It's easy to understand why this change was resisted so fiercely by the people of Scunthorpe.BrightonA settlement is first recorded in Brighton as long as ago as 3000 BC, when Celtic Druids practised their ancient worship of oaks, mistletoe and virgins, and indeed, oaks and mistletoe are still plentiful in Brighton.