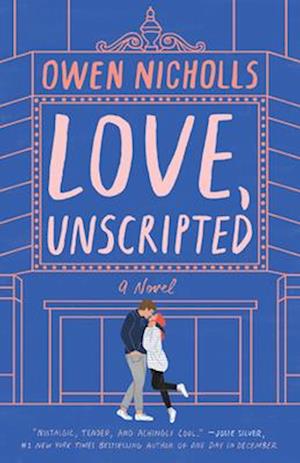 A film-obsessed romantic rewrites the script to understand why his "picture-perfect" love story crashed and burned in this wonderfully clever debut. Ellie had the quizzical eyebrows of Broadcast News-era Holly Hunter and the neon-red hair of Kate Winslet in Eternal Sunshine of the Spotless Mind. At least, that's what caught Nick's attention when he met her on the night of 2008's historic election. A cinema devotee and lover of great love stories, Nick always fancied himself the Tom Hanks of his own romantic comedy, and when sparks flew with Ellie that night, he swiftly cast her as the Meg Ryan of his story. For four blissful years, Nick loved Ellie as much as he loved his job as a film projectionist: wholly, earnestly, cinematically. But now Ellie has moved out, convinced "the fire's gone," and Nick is forced to sift through his memories to figure out where it all went wrong. The fallout from Ellie's declaration that she "doesn't love Nick the way she used to" throws him back into recollections of their first night together. Their shared jokes, her wry smile, the "hope" that filled the night air--his memories are as rose-colored as the Hollywood love stories he idealizes. That night was a perfect meet-cute, yes, but was their romance as destined for a "happily ever after" as he'd thought? Is he really the rom-com hero he believes he's been? Or did this Harry let his Sally down? Peppered with references to beloved movies, Love, Unscripted explores how even a hopeless romantic can learn that in real life, love isn't, and shouldn't be, like what we see in the movies.