Lost History of Peter the Patrician

- An Account of Rome's Imperial Past from the Age of Justinian 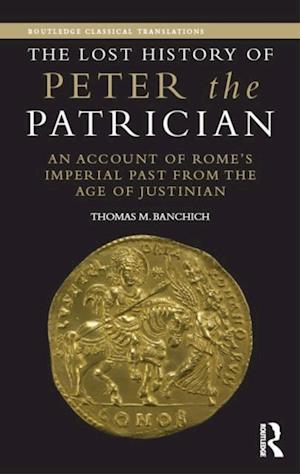 The Lost History of Peter the Patriciana is an annotated translation from the Greek of the fragments of Peter's History, including additional fragments which are now more often considered the work of the Roman historian Cassius Dio's so-called Anonymous Continuer. Banchich's annotation helps clarify the relationship of Peter's work to that of Cassius Dio. Focusing on the historical and historiographical rather than philological, he provides a strong framework for the understanding of this increasingly important source for the third and fourth centuries A.D. With an introduction on Peter himself - a distinguished administrator and diplomat at the court of Justinian - assessing his literary output, the relationship of the fragments of Peter's History to the fragments of the Anonymous Continuer, and the contentious issue of the place of this evidence within the framework of late antique historiography,a The Lost History of Peter the Patriciana will be an invaluable resource for those interested in the history of the Roman world in general and of the third and fourth centuries A.D. in particular.