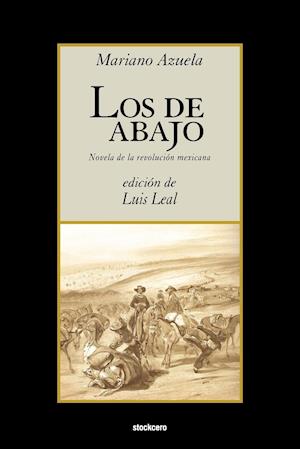 First published as a serial in the newspaper El Paso del Norte, in October and November of 1915, then as a book published by the same newspaper, the novel Los de abajo has been translated into all the main languages of the world. Mariano Azuela's masterwork came out one hundred years after Jose Loaquin Fernandez de Lazardi's El Periquillo Sarniento created the genre of the Novel of the Revolution, as it left behind the norms of the European novel and forged new parameters for Hispanic American fiction. The impact of Los de abajo is owed in large part to the sustained dramatic tension of the novel, from the opening scene to the death of the protagonist - in the same geographic location, creating a sense of circularity - but its success is partly the result of the fulfillment of the title's promise to depict the underdogs. Who are the underdogs but those at the bottom of the social and economic ladder, that is, the poorest and most disinherited. And the underdogs in Azuela's story have decided to fight against the injustices perpetrated by those on top. The struggle is bloody, the suffering intolerable. And all for what? All just in order to remain in the same place - as underdogs - after two years of hardships. This attitude of defeat, of failure, is one of the elements that sustain lively interest in the novel and give it permanent value. The descriptions of nature serve to soften the violent revolutionary scenes, and it is this technique of interweaving human actions with descriptions of the landscape that confers an unusual equilibrium upon the novel and has caused it to be considered the best of the many novels about the Mexican Revolution. This edition, annotated and with a prologue by Luis Leal, is a fundamental text for any course in Hispanic literature, and is indispensable for courses focusing on early 20th century Latin America.